As evidenced by this timeline published in the Orlando Sentinel, getting injured at Disney can be a very real situation. If you or a loved one has been injured at an amusement park due to the negligence of another, please feel free to contact our office for a free consultation. Visit our ‘Amusement Park & Roller Coaster Accident‘ page for more information. 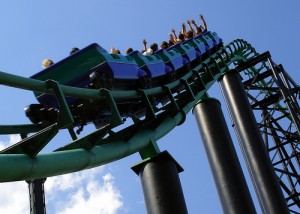 Timeline: Deaths and accidents at Disney

Aug. 22, 1989: A 29-year-old jogger was seriously injured on Walt Disney World property when he ran in front of a truck.

Feb. 8, 1990: A worker was killed at Disney Hollywood Studios when he fell 33 feet to his death from a scaffold while working on an air-conditioning duct.

Feb. 8, 1990: In an unrelated accident, three tourists were injured when three sets of cars in the Space Mountain roller coaster at Walt Disney World’s Disney World Magic Kingdom abruptly stopped because the computer detected a faulty wheel and automatically halted the system.

Aug. 18, 1994: A 6-year-old girl was badly injured when she became pinned between a boat and boarding dock at the It’s a Small World ride at Walt Disney World’s Magic Kingdom. The girl suffered collapsed lungs, a broken rib and a broken arm.

April 11, 2006: A 49-year-old woman became ill after riding Mission: Space at Walt Disney World’s Epcot. She was taken to a nearby hospital and died the next day.

Dec. 18, 2007: A 44-year-old man visiting Walt Disney World died after apparently suffering a heart attack on the Expedition Everest roller coaster in Animal Kingdom. No heart defibrillators were immediately available in the area.

July 5, 2009: A 21-year-old monorail driver was killed when his train crashed into another monorail because of a track change malfunction. This was the first fatal accident involving a monorail in the resort’s 38-year history.

Aug. 6, 2009: A 47-year-old Disney performer was injured during Captain Jack’s Pirate Tutorial show at Disney World. He succumbed to his injuries and died a few days later.

Aug. 17, 2009: A stuntman at Disney’s Hollywood Studios died after suffering a head injury while practicing a tumbling roll during a rehearsal for the Indiana Jones Epic Stunt Spectacular show.

Oct. 31, 2009: A 4-year-old girl was injured at Disney’s Fort Wilderness resort when a golf cart she was riding in overturned.

March 14, 2010: A Walt Disney World employee broke his leg after he was struck by a guest driving a car at the Tomorrowland Speedway in the Magic Kingdom.

March 23, 2010: Eight people were injured, one seriously, because of a crash between a Disney bus and Waldorf-Astoria bus near Epcot.

April 1, 2010: A 10-year-old boy was hit and killed by a bus while riding his bike at Disney’s Fort Wilderness.

July 9, 2010: An electrician working for a Disney subsidiary died after he was shocked as he worked near an electrical transformer at the ESPN Wide World of Sports Complex.