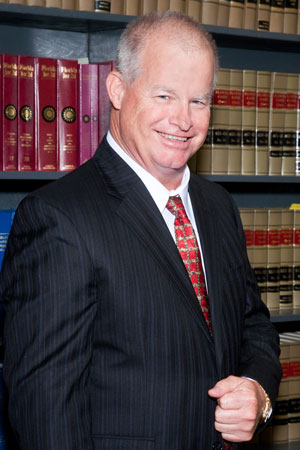 Charles A. Morehead III was born in Miami, Florida, and has been a lawyer for over 34 years. He holds the highest “AV” rating, for more than 25 years, from the oldest lawyer rating group in the world, Martindale-Hubbell.  A Board Certified Civil Trial Lawyer, his practice includes serious personal injury, wrongful death, aviation accidents, legal malpractice, defective products of all kinds, medical malpractice, automobile negligence and premises liability claims. He also represents individuals and corporations in commercial disputes of all kinds. His practice includes State and Federal court work.

As member of the invitation only, American Board of Trial Advocates, Fort Lauderdale Chapter, he has served in every officer position on the Executive Board, including President in 2016-2017.  In 2018, Charles was named Trial Lawyer of the Year by the organization.

Mr. Morehead was selected to the invitation only “Best Lawyers in America”  in 2014, and has been reselected every year since.

A member of the Broward County Bar Association since 1985, Charles has served on the Board of Directors from 2006-2017, culminating in becoming President of the organization from 2016-2017.

Mr. Morehead has also been selected to Super Lawyers for many years, the Florida Legal Elite, Top 100 lawyers in Florida and others.  In an effort to give back to the Florida Bar, Mr. Morehead has served for 6 years on the Florida Bar Board Certification Civil Trial Lawyer Committee as a Board Member and Vice Chairman, vetting and judging those who apply to become Board Certified Civil Trial Lawyers.  He also served for six years on the Code and Rules of Evidence Committee.

Educated at the University of Florida for his undergraduate degree, and an Honors graduate of the University of Miami School of Law, he prides himself on taking on unusual cases that other attorneys will not, where the rewards and facts warrant. A past president of the Broward County Bar Association’s Trial Lawyer Section, he is also a long time member of the Broward County Justice Association, the county’s premier consumer advocacy organization.

Charles is an active father of three, and an avid hunter, boater, and outdoorsman. He also won the World Skeet Shooting Championship in his class in consecutive years.